A commemoration of the 75th anniversary of the end of WWII, "Victory" covers the war through breaking news stories and photographs by The Associated Press. Each event is vividly brought to life through images and text from the original articles and includes a Foreword by David Eisenhower.

"There are plenty of illuminating behind-the-scenes moments. . . . Many of the photographs, such as [AP photographer] Joe Rosenthal’s image of the raising of the flag on Iwo Jima, are iconic, but refreshingly, there are numerous lesser-known images as well. A vivid account that has something to please most WWII buffs." —Kirkus

"Victory" commemorates the 75th anniversary of the end of World Ware II: May 8, 1945 (VE Day); August 14, 1945 (VJ Day); and September 2, 1945, the formal signing of the instrument of surrender. This stunning book covers the war through contemporary Associated Press coverage of 40 to 45 key events, plus human-interest accounts. The stories and photographs are presented chronologically so that readers today can experience the scope of the war the same way people of that era learned of the events. From Germany’s invasion of Poland on September 1, 1939, to Japan’s ceremonial signing of surrender aboard the USS Missouri in Tokyo Bay on September 2, 1945, each event is vividly brought to life through images and text from the original articles. The volume features insightful introductory text for each chapter by historian Alan Axelrod and a Foreword by David Eisenhower. 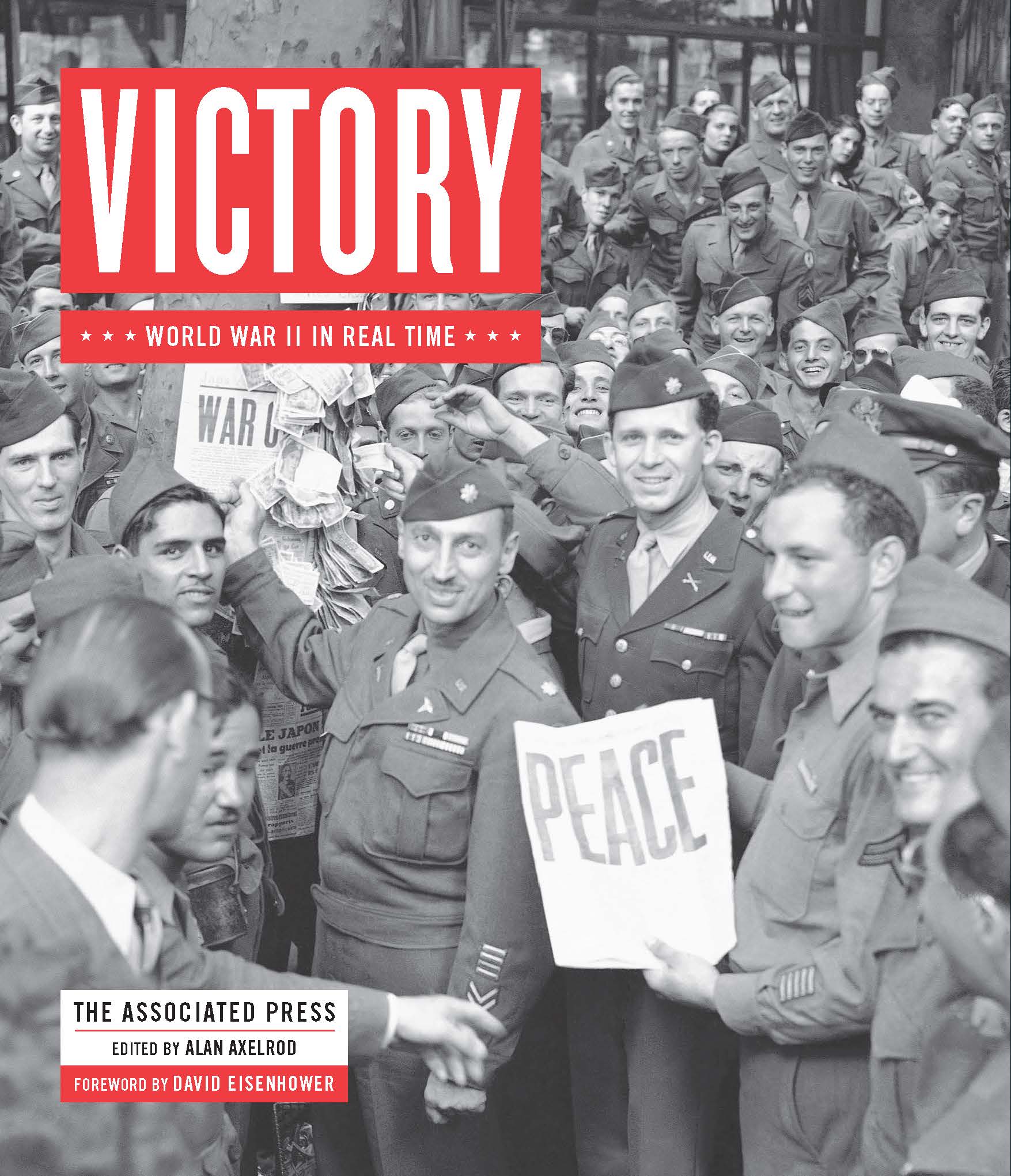