Our talented, courageous and tireless journalists met relentless partisanship with relentless accuracy, independence and objectivity. And we braved war zones, severe weather and natural disasters, among other obstacles, in pursuit of breaking news and untold stories across the globe.

In an unprecedented performance for AP, five of our reporting efforts were finalists for Pulitzer Prizes this past year, and one of those — our coverage of the Yemen civil war — won the 2018 prize for international reporting. The story of Yemen’s Dirty War, told through a series of investigative stories, photos and video, provided a prime example of our ability to push beyond the surface of unfolding events to expose facts that the world would not otherwise know.

We couldn’t be prouder of our Pulitzer finalists and the deep reporting, fully integrated multimedia journalism and teamwork that we are bringing to our news report worldwide.

Elsewhere in 2018, our unbiased coverage distinguished AP’s reporting on President Donald Trump and U.S. politics. AP’s journalism — including the immigration crisis, Cabinet changes, the back-and-forth with Chief Justice John Roberts over judicial independence, the midterm elections and the Mueller investigation — helped unleash the truth in a fast-evolving, complex set of stories that captured attention worldwide.

Likewise, AP’s coverage of the 2018 midterm election was exceptionally strong. Hundreds of AP journalists and staff in every state collaborated to bring our customers the story in all media formats, providing important context and analysis while also showcasing voters’ diverse voices.

With the launch of our new VoteCast service in time for the election cycle, AP pioneered a groundbreaking form of public opinion polling in partnership with NORC at the University of Chicago. Designed to overcome the bias and inaccuracies inherent in traditional exit polls, AP VoteCast proved an unqualified success in its first big test in the U.S. midterms. Based on an enormous voter survey of nearly 140,000 respondents, the new service offered deep, state-by-state insights on voter perspectives, illustrated with text and graphics automatically generated directly from the data as it was collected. Looking ahead, we expect AP VoteCast to become an even more important component of our coverage in the 2020 presidential season and general election.

Overall, the AP news report has never been stronger. Speed, accuracy and compelling storytelling distinguished AP as the leader in world news across formats. The range of our breaking news and events coverage in 2018 highlighted that distinctiveness:

Of note, the photo coverage of both the California wildfires and the Gaza violence were among our Pulitzer finalists for breaking news photography. 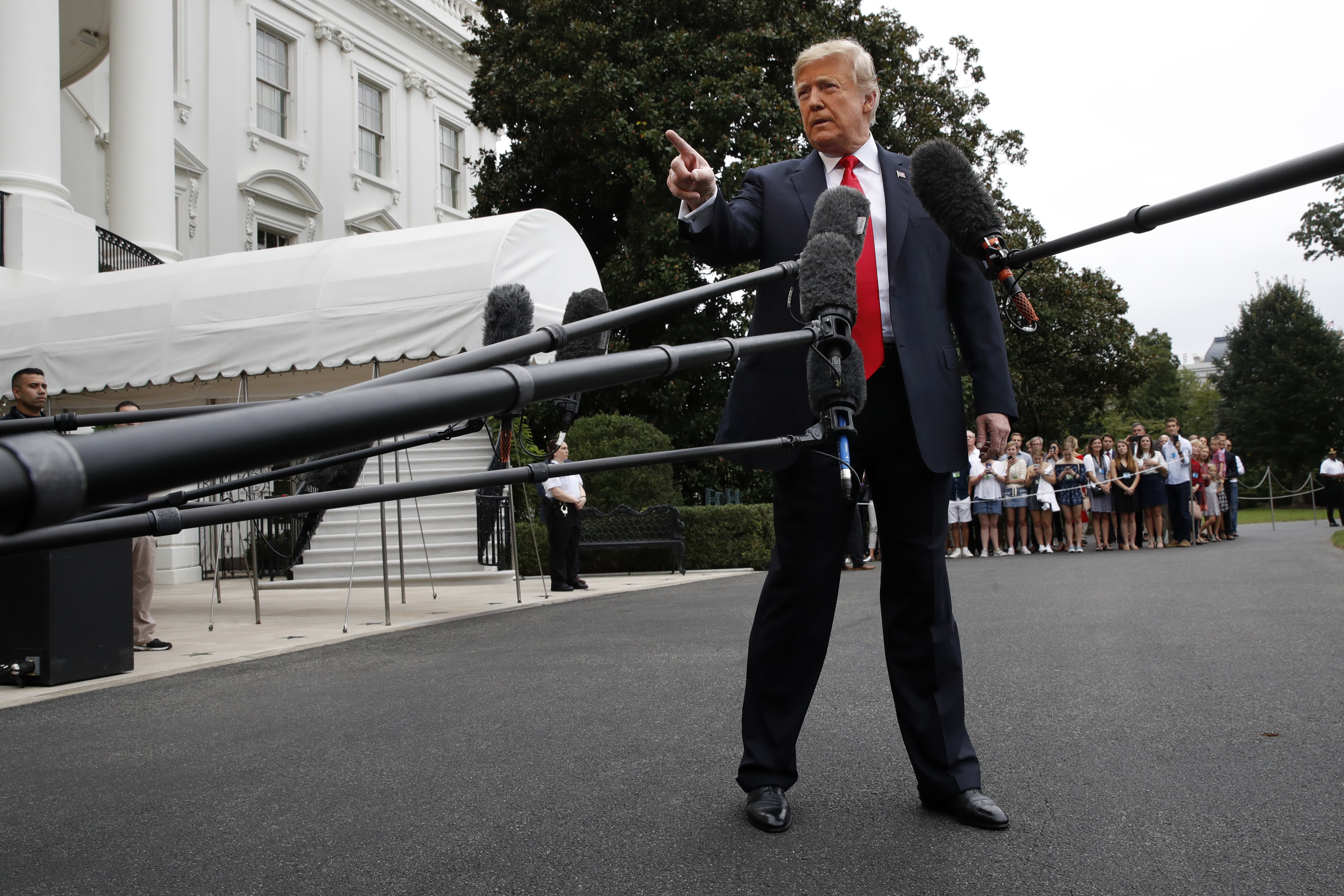 President Donald Trump calls on a reporter as he speaks to the media on the South Lawn of the White House, Oct. 6, 2018. AP Photo / Jacquelyn Martin

Fred Guttenberg, the father of Jamie Guttenberg who was killed in the Stoneman Douglas High School shooting in Parkland, Fla., left, attempts to shake hands with President Donald Trump’s Supreme Court nominee, Brett Kavanaugh, right, as he leaves for a lunch break while appearing before the Senate Judiciary Committee on Capitol Hill in Washington, Sept. 4, 2018. AP Photo / Andrew Harnik

Men pose for a picture as they sit in the street in the Palestinian refugee camp of Yarmouk in the Syrian capital Damascus, July 16, 2018. AP Photo / Hassan Ammar

France goalkeeper Hugo Lloris lifts the trophy after defeating Croatia 4-2 during the final match of the 2018 soccer World Cup in the Luzhniki Stadium in Moscow, July 15, 2018. AP Photo / Martin Meissner

Our news report also was distinguished by the many hidden stories we uncovered, particularly our Pulitzer Prize-winning reporting in Yemen, which led to the freeing of prisoners and accelerated the delivery of food aid to areas where children were starving.

In other notable examples of our exclusive journalism during the year:

Among these exclusives, the immigration coverage and the mortgage story collaboration rounded out our other Pulitzer finalists, in the national and explanatory reporting categories respectively.

Innovation in news and business

Expanding on the data-journalism theme, AP set a new standard for the industry in collaborative, data-driven journalism this past year, providing a steady stream of national stories that could be localized by customers from deep data sets that we aggregated and vetted.

To facilitate the localization of those stories, we also worked with the innovative startup data.world to provide a platform for our customers to mine the data and share insights. Among the projects that led to national and local exclusives were our aggregation of state-by-state data on federal spending on the opioid crisis, life expectancy rates for 60,000 U.S. locations and National Rifle Association grants to schools nationwide.

In other important moves to benefit customers, we began shifting video production into our regional hubs around the world to boost both the volume and speed of our video output. That program continues in 2019. We also reaffirmed our commitment to great photojournalism, a hallmark of AP for most of our history, with new senior leadership and a forward-looking roadmap for the future.

With the help of philanthropic partner Howard Hughes Medical Institute, we expanded our health and science report and will build on that success over the next three years. Separately, we launched a new beat devoted to the business and cultural impacts of the legalization of marijuana in states across the U.S.

Technologically, we advanced our goal to automate as many noncreative, rote editorial tasks as possible to free our reporters to work on more meaningful journalism. As part of that effort, we introduced new technologies for text summarization, image recognition, real-time video transcription and the verification of user-generated content.

We did all of this while maintaining a strong financial position in 2018 and growing revenue to $518.4 million in a challenging year for media. We again contained costs, finishing our sixth consecutive year debt free.

It was also a strong year for some of AP’s other businesses. Global Media Services (GMS) excelled in its support of client coverage of the World Cup, the Trump-Kim summit, the royal wedding of Prince Harry and Meghan Markle and other major events worldwide.

ENPS, our content management software business, designed and released a new editorial planning product called AP Playbook for both customers and for use internally at AP. AP Playbook allows newsrooms to manage coverage plans and assignments more effectively and efficiently — and to see what’s coming from AP.

Public access remains essential to AP’s mission, and we maintained an aggressive pursuit with more than 30 legal actions. Those included important moves at the state level, where AP leadership helped produce successful results.

Of course, AP’s greatest strength remains the power of our objective reporting and the credibility that comes with it. Our reporting has advanced the truth since our founding in 1846, and with another big news year in full swing, we are working every day to provide the content and services our customers need and the leadership they expect from AP as journalism’s one true north.

As always, we thank our customers and news consumers everywhere for their support and appreciation of AP and our unique role, and we look forward to continuing to earn your trust and confidence in the year ahead. 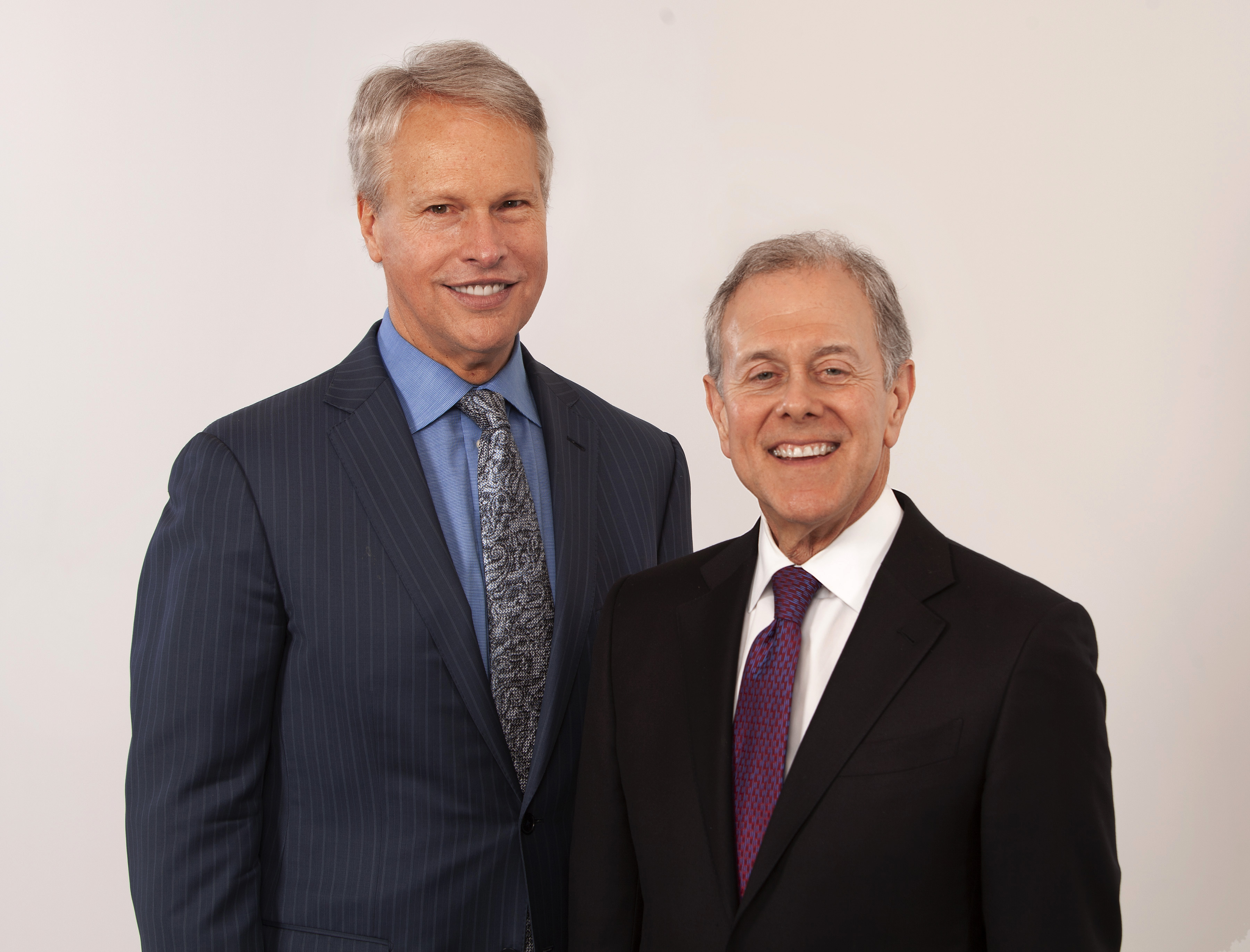 A look at 2018 through AP stats and figures