Drawing upon the AP’s voluminous correspondence files and original copy from the Saigon bureau, this exhibit examines Malcolm Browne’s early reporting on a “hidden war” in Vietnam and the reaction of his superiors in New York including General Manager, Wes Gallagher and Foreign Editor Ben Bassett, as they sought both to support Browne and to keep him calm. Browne won the Pulitzer in 1964 for his resourceful reporting on the fall of the Diem regime (but not for his indelible photograph of the self-immolation of Buddhist monk Thich Quang Duc on June 11, 1963; that photograph took all the other available prizes). 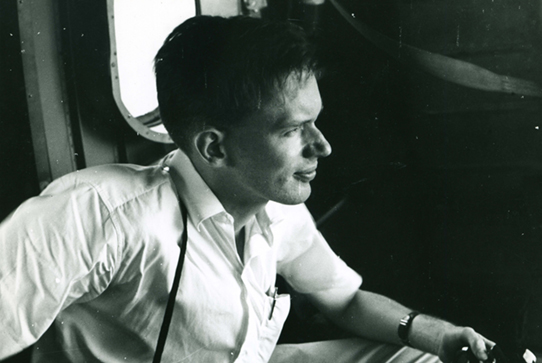 This exhibit charts the development of AP’s visual identity from the earliest engraved envelopes of the New York Associated Press in the mid-19th century to the newly unveiled logotype that will define AP in the 21st. 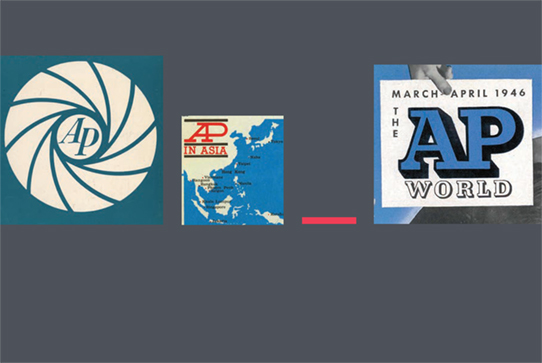 The AP with Lincoln at the First Inaugural and Gettysburg, 1861–63

The New York Associated Press (NYAP) was on hand to deliver to the world two of President Abraham Lincoln’s most enduring orations. When Lincoln took the oath of office on March 4, 1861, Lawrence A. Gobright had been a Washington journalist for nearly 30 years and the local agent of the NYAP for six. Joseph Gilbert was just 21 years old when he went to Gettysburg in 1863 to cover Lincoln’s remarks at the dedication of the Soldiers’ National Cemetery. 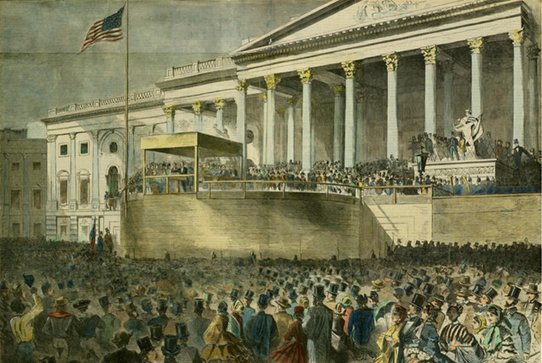 The risks of covering war have always been high, both for Western reporters and for local staff in the danger zones. This exhibit testifies to the myriad costs — personal, professional, physical — paid by AP journalists as they covered the Lebanese Civil War and the wars in Iraq and Afghanistan. For Baghdad Bureau Chief Bob Reid, weighing the lessons of a long career, risks accompany any worthwhile story: “If there is no acceptable risk, why are we there? There is an implied risk and an inherent risk. So all these things have to be balanced off. There are no dispassionate observers in this business. If you turn to a journalist, they’ll think like a journalist, and they’ll push the envelope.” 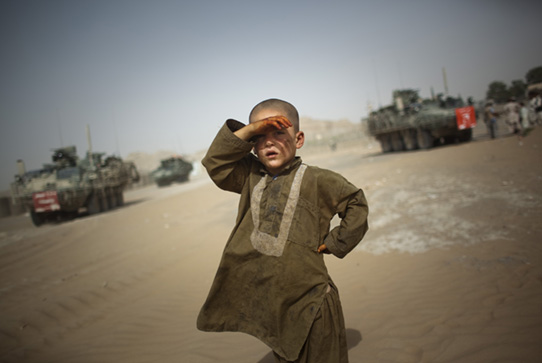 “Scoop Hunting with Mr. Mills, 1917–1939,” features the photography of world-roving AP foreign correspondent James A. Mills (1883–1942) as revealed in a recent acquisition of a set of photograph albums. These albums document Red Cross relief work after World War I throughout the Balkans from 1917 to 1919 and include a rare set of prints from the negative by Lewis Hine. 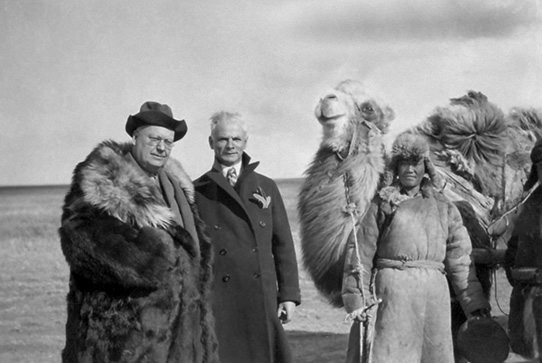 Two Americans walked on the moon in the summer of 1969. On their home planet 250,000 miles away, half a billion people watched and listened to the unbelievable news. And they read about it in the newspapers the following day on front pages that instantly became collectors’ editions. Several hundred members of the media covered the liftoff of Apollo 11 from the grounds of the Kennedy Space Center, and this exhibit commemorates AP’s groundbreaking work, the most complex since D-Day in 1944. 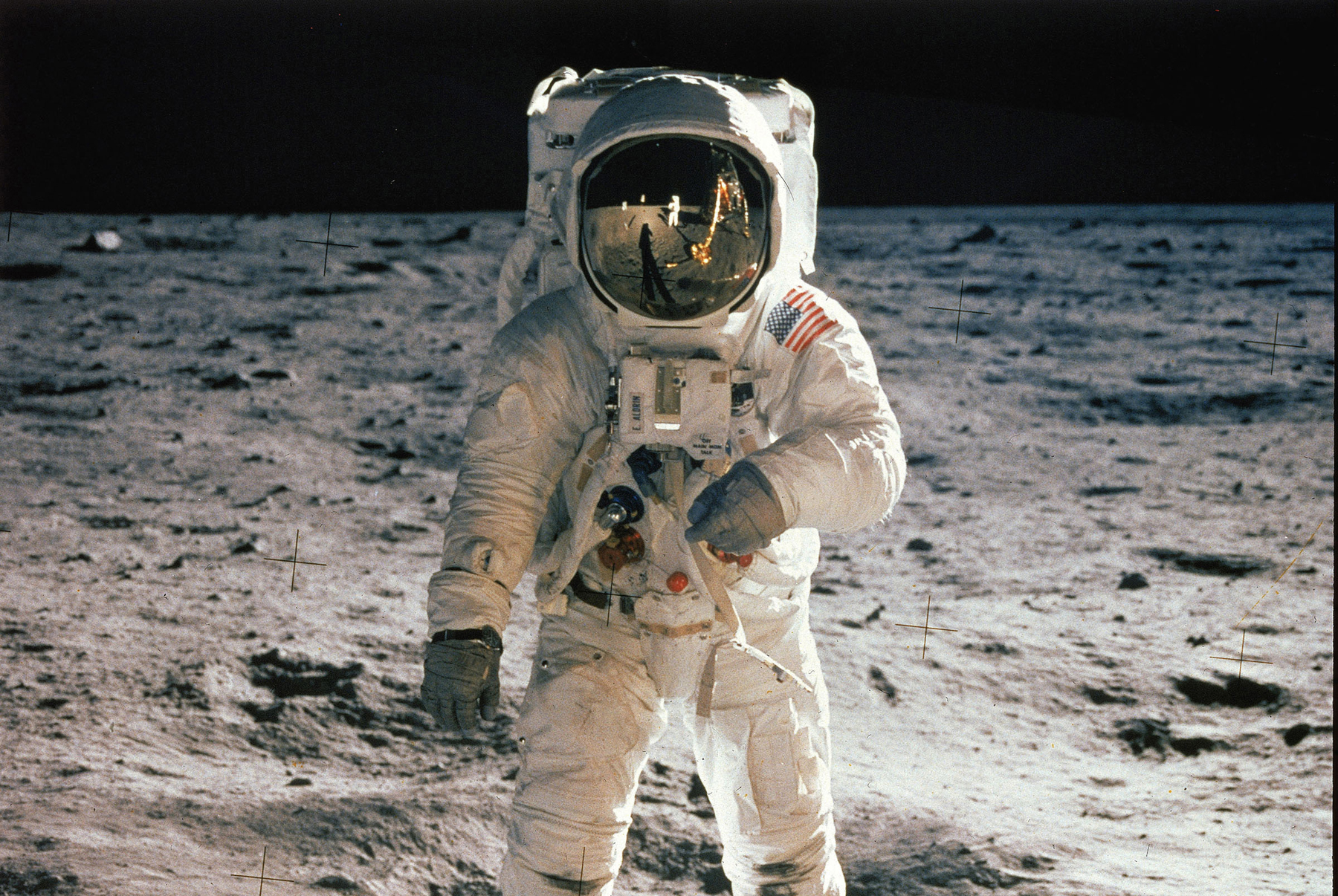 The recently conserved oil portrait of AP founder Moses Yale Beach (1800–68) reveals a gentleman of about 40 years old, at the peak of his career with the New York Sun, and perhaps just on the verge of organizing The Associated Press. 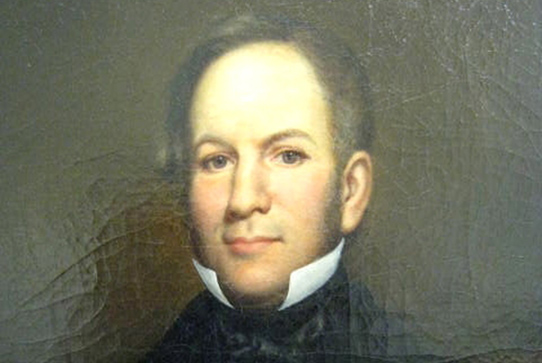 Just before 12:30 p.m. in Dallas, on Nov. 22, 1963, President John F. Kennedy was fatally wounded by Lee Harvey Oswald as the president’s motorcade moved slowly down Elm Street. In the front seat of the presidential limousine, a 1961 Lincoln Continental convertible, Assistant Special Agent Roy H. Kellerman grabbed the phone and radioed to the lead car, “We are hit. Get us to the hospital immediately.” This exhibit features the reporting of AP in Dallas, both broadcast and wire copy, which was instantly recognized as historic by those who saved it. The copy is notable for its remarkable range of content: political analysis (by Frank Cormier and Jack Bell); reaction from living former presidents and statesmen; Man-on-the-street interviews; the Wall Street response; Oswald’s capture, and his sudden murder; and the President’s majestic funeral, recounted by Doug Cornell. Perhaps just as affecting, 45 years later, are the crisp and now largely anonymous messages from the New York General Desk, the nerve center of the news operation manned by Sam Blackman and Herb Barker. The nation could come to a grief-stricken standstill, but AP — as on any other day — could not. 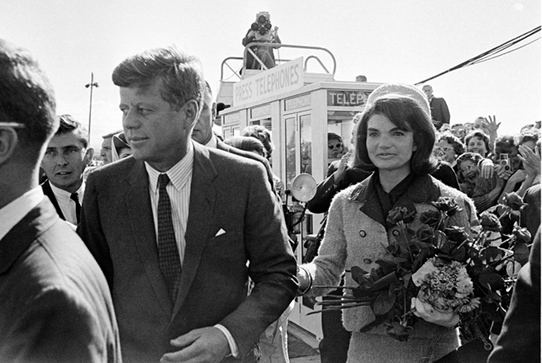 With All Deliberate Speed: The AP in Little Rock

“With All Deliberate Speed: The AP in Little Rock” documents AP’s preparation for and coverage of the most explosive domestic story of the day — the school desegregation crisis — through correspondence, photographs, cables, and wire copy, all drawn from AP’s Corporate Archives. From the time of the Supreme Court’s final ruling in Brown v. Board of Education, instructing the states to begin desegregation plans “with all deliberate speed,” AP Atlanta Chief of Bureau Lewis Hawkins, and Executive Editor Alan J. Gould in New York, prepared to staff the story. But it was in Little Rock that the school desegregation struggle exploded in September 1957. 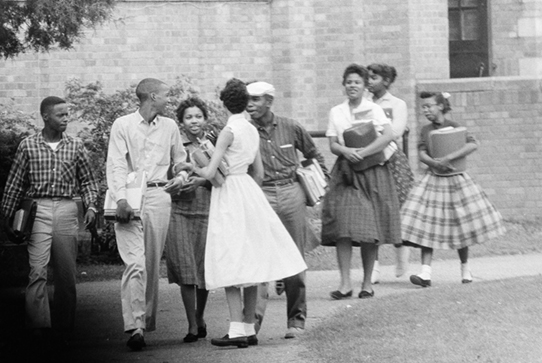 Horst Faas in Vietnam, 1962–1970: A Selection of His Stories and Photographs

Horst Faas is rightly celebrated as a two-time Pulitzer Prize winner in photography; but he is really a great journalist who carried a camera and a pencil and used both to great effect, particularly in Vietnam. This exhibit unites Faas’ reporting, preserved in the Saigon Bureau Records in the AP Corporate Archives, with his photography, drawn from the AP Photo Library. 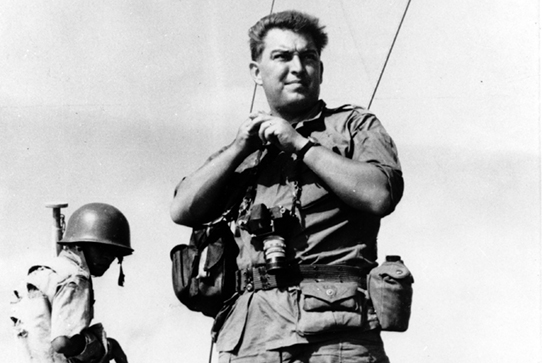