This book of Nick Ut’s pictures and Hal Buell’s wonderfully spare prose about Nick’s life is so much more than a long-deserved tribute to Ut. It is a recognition of the courage, bravery and professionalism of all the photographers whose work in Vietnam helped us to understand the awful cost of war. — Bob Schieffer, CBS News

“From Hell to Hollywood” is the story of two journeys.

One journey is the lifelong adventure of AP photographer Nick Ut, a teenager from Vietnam’s Mekong Delta whose camera took him worldwide from the cruel reality of Asian battlefields to the dazzling glitz of La La Land. The second is about his Pulitzer prize-winning photograph, which came to be known as the “Napalm Girl photo,” an international icon representing innocents caught in the crossfire of war’s horror.

Ut and his photograph traveled together, sometimes apart, often intersecting with Kim Phuc, the “girl in the picture” and the focal point of his famous image. Since the day it was taken, the dynamic between photographer and subject grew into a relationship of genuine friendship. And in 2015, when Ms. Phuc had undergone a groundbreaking skin treatment to address the scars from her wounds of June 8, 1972, “Uncle Nick” (as she fondly refers to him) was there to capture the moment.

After the Vietnam War, Ut eventually made his way to the streets of Hollywood and found himself photographing a new cast of characters, including such personalities as Marlon Brando, Paris Hilton, Jane Fonda, Bette Davis and many more. Never one to shy away from injecting himself into challenging or even dangerous events, Ut also photographed the LA riots and many of the major wildfires that devastated the California landscape.

Featuring a Foreword by legendary broadcaster Bob Schieffer and an Afterword by Pulitzer prize-winning war correspondent Peter Arnett, “From Hell to Hollywood” is a compelling portrait of the human spirit and the desire of a photojournalist to immortalize the world around us one frame at a time. 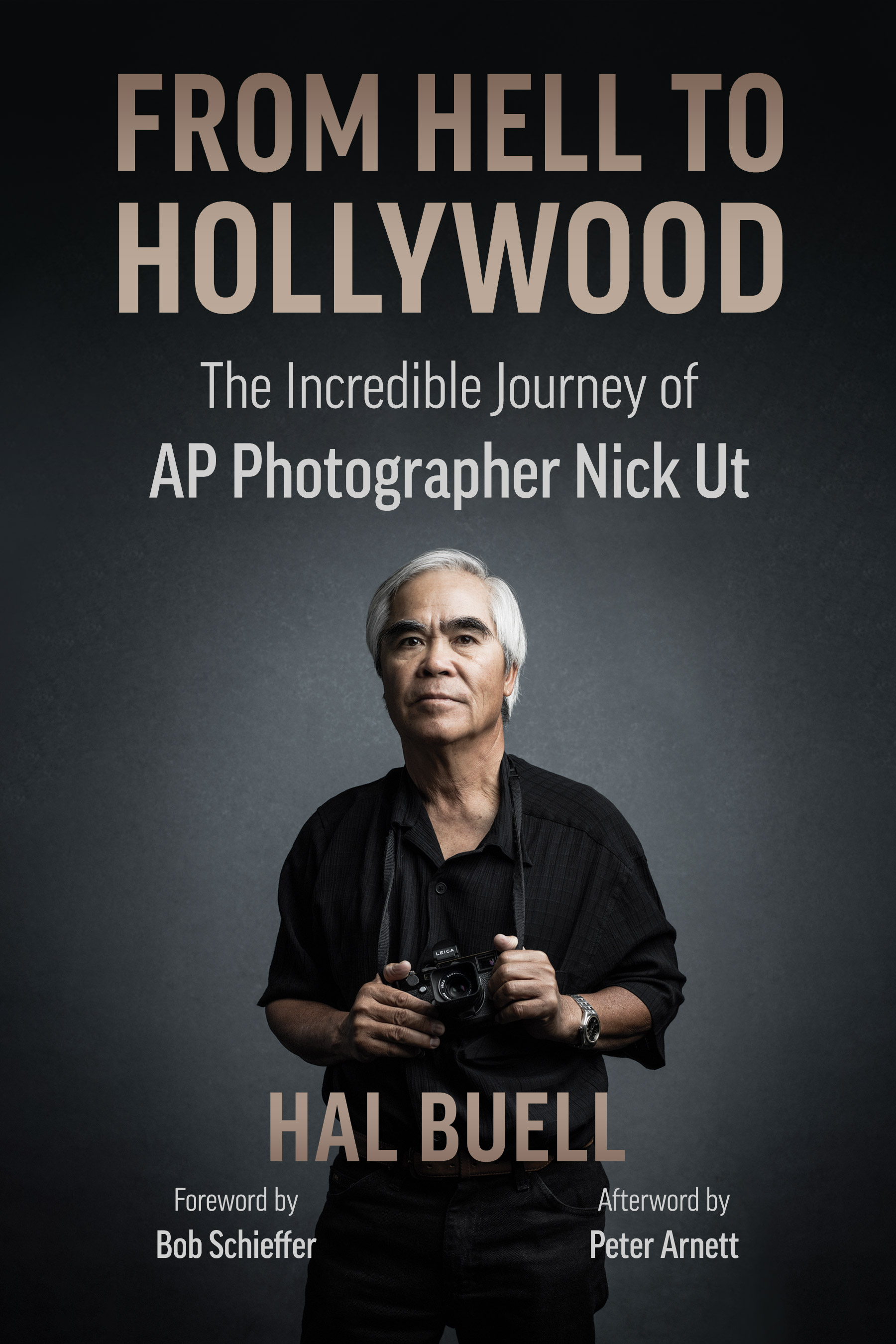