A Daily Chronicle of the White House Years

In recognition of this centennial anniversary, The Associated Press presents “JFK: A Daily Chronicle of the White House Years,” which examines the 1,036 days that the young, dynamic president and first lady Jackie Kennedy resided at 1600 Pennsylvania Ave.

Featuring researched accounts, eyewitness testimony and more than 195 photographs from AP’s archives, the book addresses both political and personal affairs to provide a comprehensive snapshot of the “Camelot” years. Also included are recollections by former AP journalists and photographers who covered Kennedy during both his campaign and short time as president.

The timeline of JFK’s day-to-day itinerary makes this detailed account a must-have for any Kennedy enthusiast. 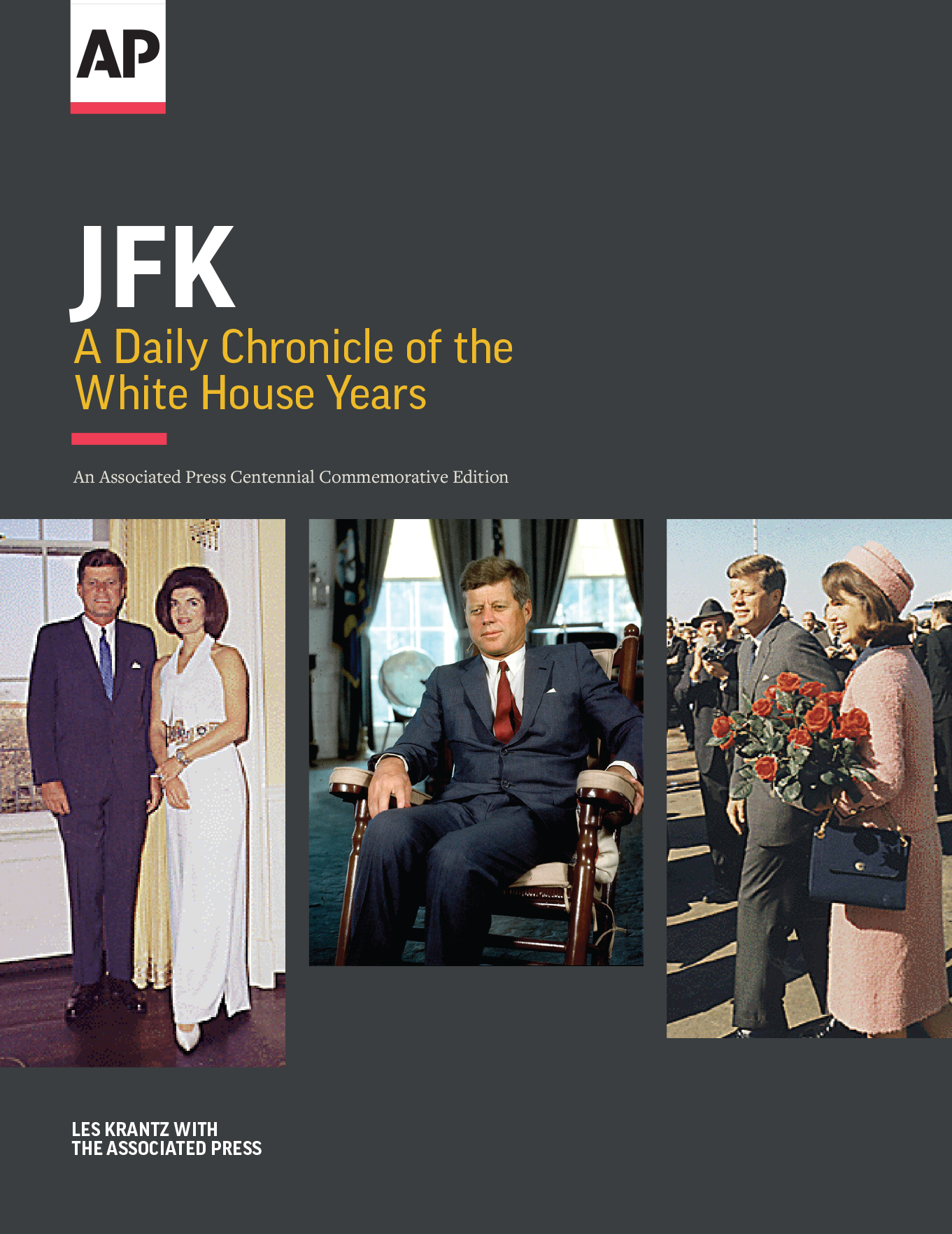