A Reporter's View of the Vietnam War, Tet and the Fall of LBJ

On the 50th anniversary of the Tet Offensive comes “We’re Taking Fire,” a powerful examination by Pulitzer Prize-winning war correspondent Peter Arnett of what led to that pivotal moment of the Vietnam War in 1968 and the tumultuous aftermath.

Through his reports for The Associated Press from the early 1960s to the fall of Saigon in 1975, and interviews conducted during and after the war, Arnett explains the complexities that drove the decisions made by the Eisenhower, Kennedy, Johnson and Nixon administrations and how each was unable to achieve a winning strategy that would put an end to the unpopular and controversial conflict.

As an eyewitness to the battles, maneuvers and cultural challenges that prevented a definitive victory, Arnett provides unique insights that only one who was on the ground can share as well as perspectives shaped by decades of observing America and Vietnam since the war. Illustrating Arnett’s compelling story are more than 50 images from AP’s Photo Archives and his personal collection.

“We’re Taking Fire,” which deciphers the war and its toll on Lyndon B. Johnson’s presidency, is a must-read about lessons learned and lessons forgotten.

“Peter Arnett is a great reporter. He was then and he is now.” –Dan Rather, Journalist

"If you had to invent a reporter for the Vietnam War, you would have invented Peter." –David Halbertsam, Journalist and Historian

"Peter Arnett is one of the greatest war correspondents of all time. – Lee Winfrey, Philadelphia Enquirer 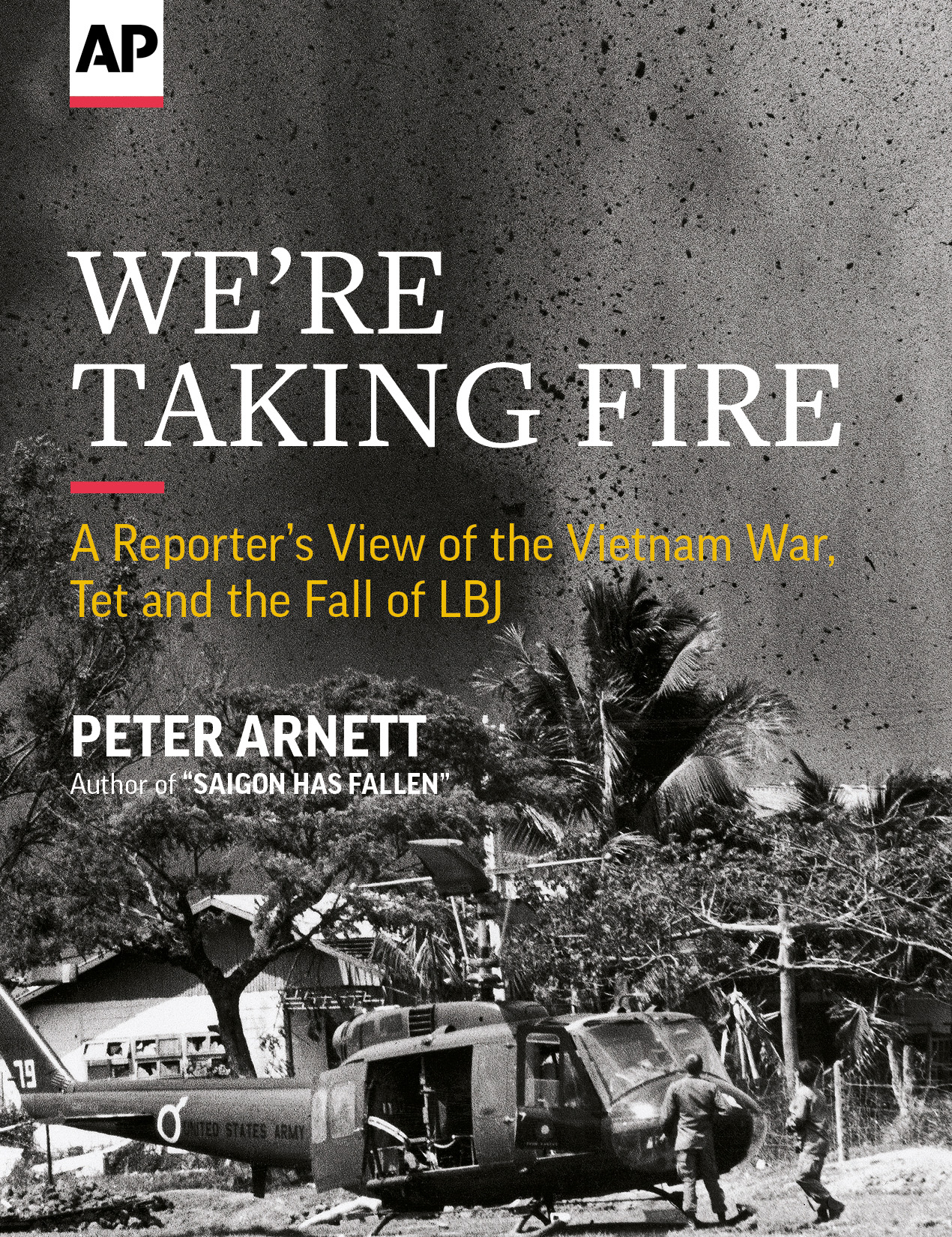